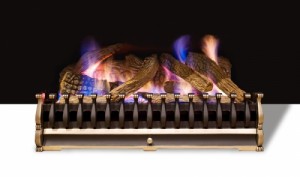 Last Winter someone heard our radio ad on Bay 93.9 about the importance of having heaters serviced and tested for carbon monoxide, and they commented that they thought it was a bit over the top and it sounded like we were just trying to scare people into having their heaters checked.

The fact of the matter is, carbon monoxide leakage is a serious threat to your health, and if someone hears our ad and it scares them into action, then we think that’s a good thing, whether or not we’re the plumbers that get the job.

Carbon monoxide poisoning can be deadly.  I’m unable to find statistics from 2011 to the present, however, it claimed nine Victorian lives between 2000 and 2011, while dozens more people have been treated in hospital.

It still surprises me that on average, we decommission around 10 heaters every year due to carbon monoxide output.  That’s a lot of potential deaths avoided – it really is that serious.

So, play it safe and have your heaters serviced and safety checked at least every two years, or annually if your heater is an older one.

This is an article from our Carbon Monoxide Testing Geelong Series